How I avoided getting my legs broken in LA 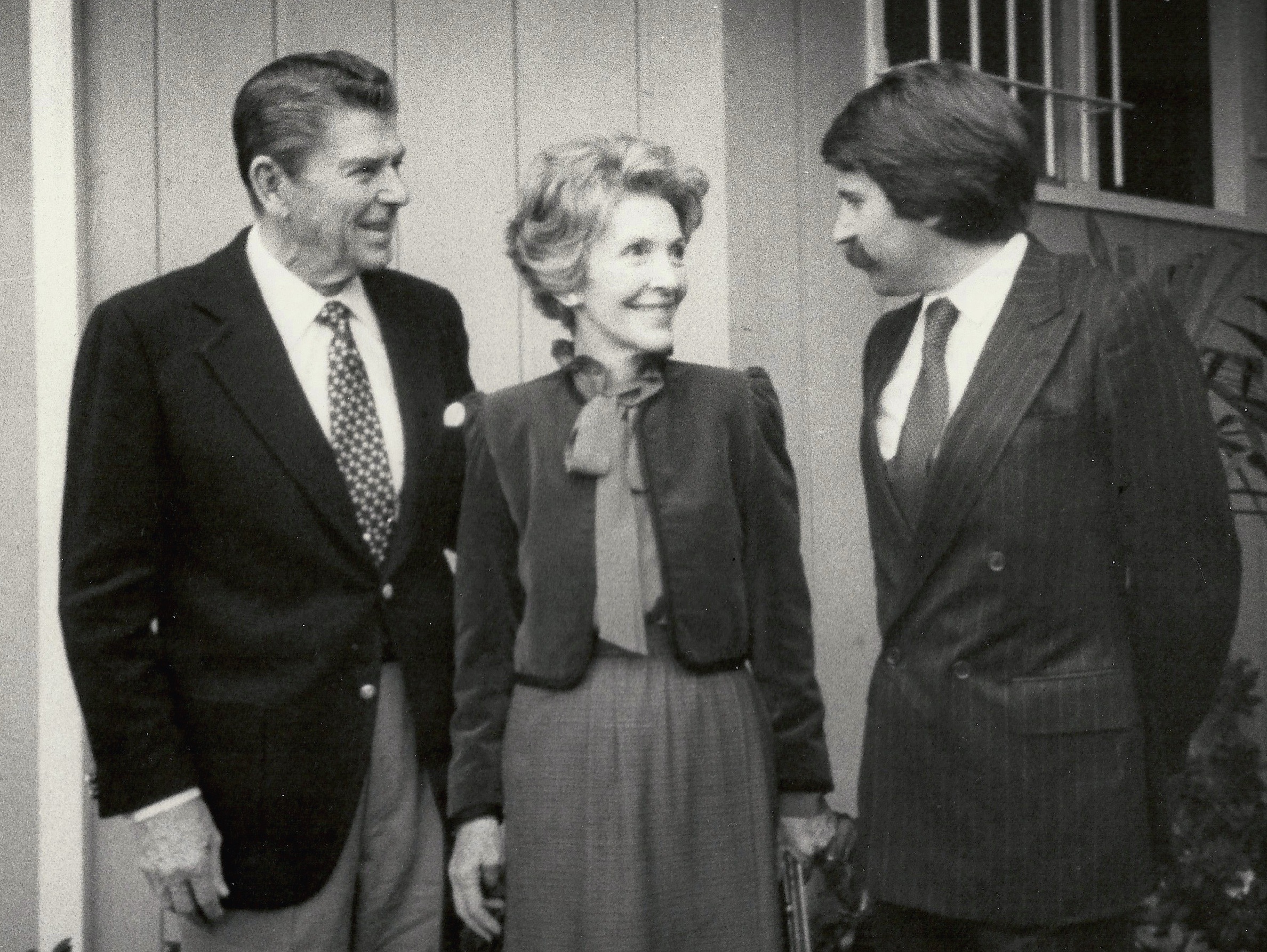 Years before Reuters achieved a large subscriber base in the United States I worked in Washington and covered the 1980 presidential election.

I travelled with Ronald Reagan, the Republican candidate, on the stump from state to state. Head Office sent word that a photo of me with him on the campaign trail was wanted for use in the annual report.

I asked Reagan’s flack, James Brady, who said nothing doing. Why? Reuters was a foreign agency and couldn’t deliver any votes.

But I pestered him and eventually he relented. Brady allowed me a photo opportunity with a stern warning: “If you ask any questions, I’ll break your legs.”

Reagan, the Hollywood actor-turned-politician, was adept at delivering a scripted message but his campaign team was nervous about any risk of an off-the-cuff verbal slip-up.

The photo opp was arranged, and I was instructed to go to Reagan’s home in Bel Air, the swanky Los Angeles neighbourhood favoured by Hollywood’s rich and famous. A Reagan acolyte was close by to make sure I didn't ask anything.

The result was a picture on the doorstep with Reagan, soon to be 40th President of the United States, and his wife Nancy, soon to be First Lady.

Campaign stops were tightly controlled and Reagan had only one, well-rehearsed speech which he recited everywhere. The travelling press corps had heard it so often we knew it by heart. Some even mouthed it. So finding something new to report was a challenge.

Reagan’s flights around the country always seemed to include a weekly stop in Los Angeles. Nothing much happened there except for a regular appointment with his barber, Sam Stilo at Drucker’s on Wilshire Boulevard in Beverly Hills.

Harry Drucker invented the so-called “invisible haircut” for actors who needed trims but couldn't afford to look markedly different in day-to-day stints before the movie camera.

The barbershop stop offered a slim chance to call out a question to the candidate and possibly unearth some fresh newsworthy nugget. It didn’t happen much. But we did notice that when Reagan emerged from Drucker’s he appeared not merely more spruce but rejuvenated.

Who needs a haircut every week? The inevitable suspicion was that Reagan, who at nearly 70 would become the oldest man ever to win election to the presidency of the United States for the first time, had not only had a trim, but his greying hair tinted.

Impossible to prove, of course. The barber wasn’t saying, and we were not allowed inside to examine the shorn snippings on the barbershop floor.

The last leg of the campaign whistle-stop - the flight back to Washington - was always celebrated with a party. In Florida, as we boarded the press plane chartered from Braniff, a Texas airline, the flight attendants handed us a white bedsheet each and ordered us to get 'em off and get it on.

It was an airborne Roman toga party.

Well now, in the face of such a command from a strapping Texan what was a chap to do? Had I been writing an exposé for one of the more risqué British Sunday newspapers I might have used the time-honoured phrase usually printed just before the expected denouement - “I made my excuses and left”. Clearly that was not possible. I was a foreign correspondent in a foreign land. When in Rome...

It was all a long time ago, but as best I can recall the aerial shenanigans were fairly tame. All I can say is that a grape or two may have been crushed in the fun at 30,000 feet. So far as I know, there’s no pictorial record of the in-flight high jinks, which is probably just as well.

Two months after Reagan’s inauguration, Brady took a bullet in the head that had been intended for Reagan. The president was hit but recovered and survived another 23 years. Brady was permanently disabled and died in 2014, ten years after Reagan. The press briefing room in the West Wing of the White House was named for him in 2000. ■