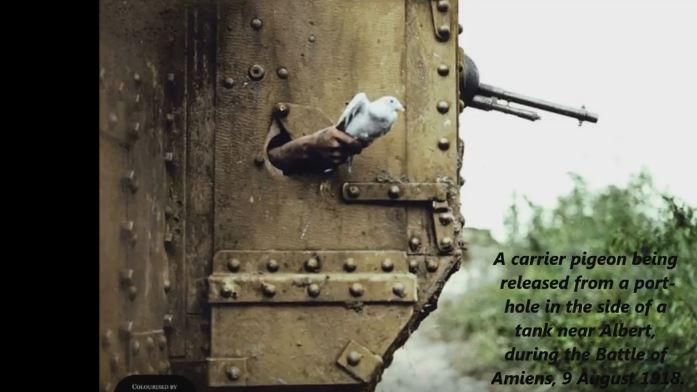 The 100th anniversary of the armistice that ended the First World War released thousands of old photos into the Internet.

This one could be of a Reuters correspondent sending his story to London during the 1918 Battle of Amiens which sealed Germany's defeat.

As part of editor-in-chief Stephen Adler’s plan for a “more global, nimble” Reuters he may wish to consider bringing back carrier pigeons to today's frontlines.

Unlike mobile or satellite phones, they do not give away your coordinates to electronic snoopers seeking to impose censorship through the use of artillery and missiles. ■