Office culture has changed, but not Reuters editorial values and decency as an employer

London bureau journalist Steve Addison (photo) retired at the end of November after 40 years with Reuters which included postings in Hong Kong, Mexico, Italy and on the London World Desk. He writes: 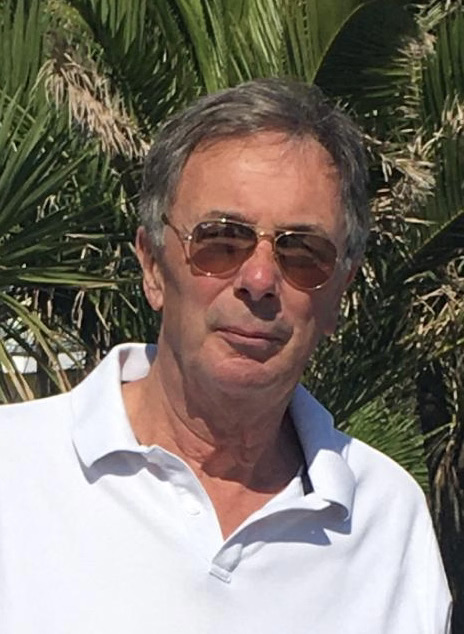 The people, places and stories over those years have given me a rich store of memories. I feel very lucky to have been able to take part in Reuters progress and grateful for them having put up with me for so long. There are many happy moments to take into retirement - and fortunately no major corrections.

Early days in Fleet Street under Mike Cooling on the money desk soon gave way to the steaming heat of Hong Kong alongside Graham Hillier, Eric Hall and the long-suffering barmen of the Foreign Correspondents’ Club.

A shortage of Spanish speakers at the time resulted in a move two years later to Mexico City in 1982 where Bernd Debusmann ran the office in between trips to wars in Central America. Ellen Hampton and the legendary David Cemlyn Jones were my partners in crime in the Paseo de la Reforma office until the 1985 earthquake damaged it beyond repair.

Politically, little was moving in Mexico under President Miguel de la Madrid at that time after the dramas of his predecessor Jose Lopez Portillo and before those of his successor Carlos Salinas. It’s just the luck of the draw for a Reuters correspondent: sometimes the joint is jumping when you arrive on a new posting and sometimes it ain’t.

It certainly was in Italy though where I joined Dickie Wallis, Phil Pullella, John Follain et al just as a major corruption scandal was about to bring down the entire post-war political establishment. As towering figures like Giulio Andreotti were laid low, the Mafia stepped up the tension with a bombing campaign which resulted in the murder of inspirational magistrate Giovanni Falcone.

Surveying the totally destroyed highway in Sicily the day after his car was blown up remains one of my most harrowing memories in Reuters, another being the devastation caused by the 1985 Mexico City earthquake.

Back on desks in London, I was lucky enough to coincide with colleagues like Paul Smurthwaite, Dave Nicholson, Vickie Barrett and Bill Saltmarsh, all of whom deserve mention in dispatches for their valiant resistance to the company’s efforts to get us out of pubs like the Calthorpe and into the local gyms. No pasarán.

Reuters storied editorial values and, in my opinion, its generous decency as an employer may not have changed over the last 40 years but the office culture most certainly has.

That idea of the pub as an extension of the office, like Hong Kong’s FCC or the infamous Guildhall in Johannesburg, is long gone for example. The bright young things with whom I was working in London bureau at the end of my career would say things like “let’s go for a pint after a 10 mile run along the river. Coming, Steve?”

But one thing from the old days, perhaps surprisingly, that I did find intrigued some of my younger colleagues was “service speak,” that money-saving jargon from the old telex days with its conjoined words like “unsighted” and “futurely”.

They enjoyed too the mandatory civility with which service messages had to be exchanged, especially the more acidic ones - “know you will be shortly filing matcher with quotes, context and background” sort of thing. Subs used to keep some of the best ones in a couple of anthologies which may still exist called Black Coats and White Coats. If they have survived, by the way, I would love to read them again as I suspect would many other Baron readers. Straight out of “Scoop” some of them.

(One of my favourites was the short but sweet “Thanks soccer report, but what was the score?”)

I would like to wish all the best in the coming post-Brexit months to the London bureau under chief Guy Faulconbridge and his lieutenants Kate Holton and Liz Piper whose warp-speed snapping and boundless energy remain an inspiration - even compared with so many illustrious predecessors over the years. ■