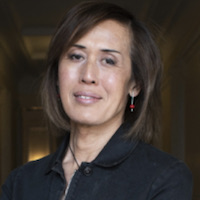 Reuters editor Reginald Chua is now Gina (photo) after coming out as transgender following a "private, internal and exploratory" journey for years.

The New York-based global managing editor of operations said in an internal email recently: "I'm transgender. And beginning today I'll be living and presenting as what I know to be my true self 100 per cent of the time.”

Michael Friedenberg, Reuters president, and Stephen Adler, editor-in-chief, said: "This is clearly a very important time in Gina’s life, and we are proud to be allies in the next stage of her journey."

Chua is a former editor at The Wall Street Journal who became editor-in-chief of the South China Morning Post in Hong Kong before joining Reuters ten years ago. ■