Raw revolution: a hazardous assignment in a 'black hole' of Cold War Europe 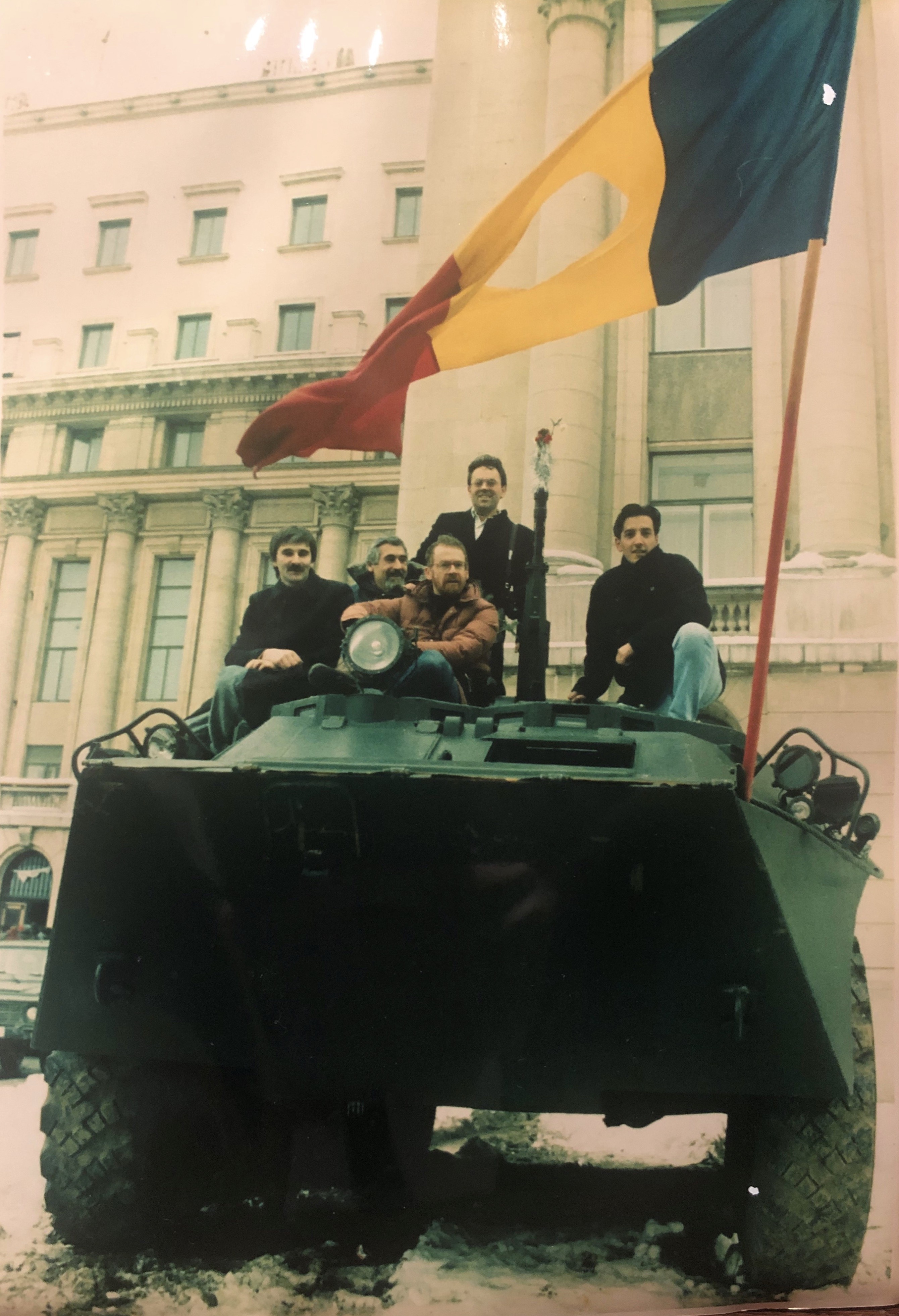 Reuters never had a permanent presence in Cold War Romania. It was an under-covered and unvisited corner of eastern Europe though the grisly, repressive policies of communist dictator Nicolae Ceausescu were well documented.

When the anti-communist revolution took off in the border town of Timisoara 30 years ago in mid-December 1989 and Ceausescu's pervasive Securitate forces moved violently to hold the lid down, Reuters threw as many reporters it could find into the field. I was tapped on the shoulder since I had been on reporting assignments in Romania from Belgrade some years earlier and was deemed to know the lie of the land.

When I drove into Bucharest after an eventful night in Timisoara that Christmas weekend, I found Jan “Johnny” Krcmar, a veteran of Czechoslovakia’s Prague Spring uprising of 1968, already entrenched in the Intercontinental Hotel which was slowly filling up with the world's media and would soon be bursting at the seams.

I had been stopped several times at roadblocks by vigilante groups looking for Ceausescu's men. I had heard gunfire. Johnny had seen far more excitement en route from Vienna. He had arrived in a private two-passenger light plane and just made it before the airport was closed. Sections of the army were still trying to decide which side they were on, so when he landed, and with gunfire crashing in the background, he was escorted by the army first to the Austrian embassy. There he sweet-talked the ambassador herself into punching out his story on telex from his handwritten text (there was a security issue prohibiting non-embassy staff actually touching the keys). It was Reuters first story out of revolutionary Bucharest!

The 71-year-old crinkly-haired Ceausescu, known as the “Conducator", and his powerful wife, Elena, had disappeared from the capital after a public speech dramatically blew up in his face and was met by boos and cat-calls. The atmosphere was fraught in Bucharest and rumours were rife about his whereabouts. Some said he was dead (the couple had in fact already been seized by the military as they tried to flee the country and were shot by firing squad on Christmas Day after a summary trial).

In the paranoid atmosphere, counter-rumours circulated that he was staging a comeback and was readying to wreak vengeance on all those who had turned on him. The latter rumour was finally laid to rest when pictures of the bloodied bodies of Ceausescu and his wife were flashed on television. You could have heard a pin drop in the Intercontinental's restaurant that night as waiters and hotel staff - many of whom had always been supposed to be informants of the Securitate secret police - halted in mid-stride and stared in disbelief at the screen.

Johnny had pre-booked rooms for incoming reinforcements. He had also set up an office in the Intercon and - crucially - hired a local journalist to work for us - Adrian Dascalu who with his wife Roxana went on to become a mainstay of the Bucharest office for some years after. I had a telex machine installed and we were in business.

Johnny recalls that the wheels of such transactions were oiled by a packet of Kent cigarettes changing hands - “Kents” being, bizarrely and for reasons never explained, virtually a second currency in Romania rivalling the leu.

The revolutionaries, in the shape of the National Salvation Front, appeared to be establishing their grip on law and order. Bucharest’s official buildings were bedecked with the Romanian tricolour of blue, yellow and red - with a hole in the middle where the communist hammer and sickle had been ripped out. The Securitate’s main building, where Ceausescu loyalists had tried to hold out, was gutted and charred. Candles to the civilian dead burned on window ledges and in shop windows. Out on the streets groups of people laid flowers in make-shift shrines to friends and relatives killed. Gunfire went on nightly.

A small army of Reuters reporters reinforced. They included the late Doug Hamilton, Michela Wrong, Simon Haydon, Philippe Naughton and Steve Pagani. Backed up by reporting from Vienna and Belgrade, we criss-crossed Romania, shining a torch on a country of 23 million where people had been driven to the brink of despair, poverty and hunger by madcap schemes that reached into every home. Ceausescu, obsessed with paying off a $10 billion foreign debt, sent huge volumes of Romanian food products abroad to bring in hard currency, depriving people of the most basic foods. Convoys of aid rolled in from neighbouring Hungary and the French Red Cross. We wrote on the plight of women: Ceausescu had banned contraception and had ruled abortion illegal for any woman with fewer than five children. Women, having undergone an illegal abortion, would sometimes recover consciousness to find Securitate agents sitting by their bedside waiting to interview them. We visited the 40-roomed luxury villa "dripping in gold and silver" where the Ceausescus themselves lived grandly amid crying poverty outside. Our correspondent noted rows of diamond-encrusted women's shoes gifted by foreign governments. We reported from Transylvania region where one of our number visited the medieval castle where Bram Stoker situated his Dracula novel.

It was a crazy, raw, unpredictable revolution. The level of paranoia in a country ruled so long by fear and largely shut off from the outside world was often comical. One commonly-accepted rumour was that Ceausescu’s forces had been reinforced by specially-trained “Libyan eunuchs” dropped by parachute into the country. But if that was fantasy the dangers were real. None of us was really trained to deal with violence of that level in Europe. It was a foretaste of what was to come with the breakup of Yugoslavia and Bosnia a few years later. A Belgian TV journalist was shot dead by a sniper. Violence and shooting continued well into the New Year in outlying areas as well as Bucharest. An official death toll is hard to pin down to this day but most reports say that between 800 and 1,200 people were killed all told in the upheaval.

Some of us left for home in the first week of the New Year though Reuters kept a flow of reporters in and out of the country for some time.

It was an extraordinary experience. But what a way to spend Christmas.