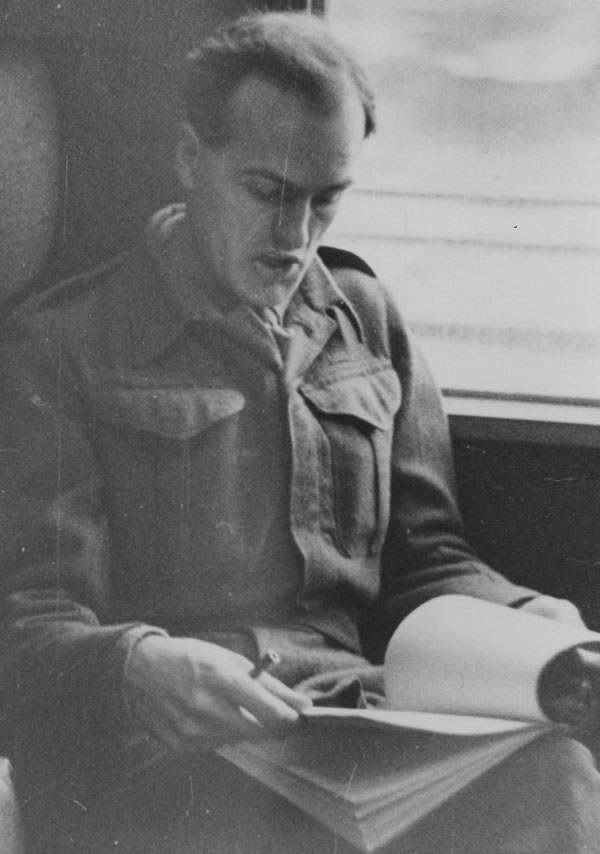 Few news reporters make the ranks of poets. My namesake Hugh Christopher Holme was one of them. As a Reuters correspondent he brought the horror of the bombing of Guernica to the world’s attention.

His reports triggered an enormous international response, immortalised in Picasso’s painting, and forewarned of the real truths of Nazi war-making.

But Holme was also a gifted poet whose undergraduate works were considered good enough to be published alongside those of Stephen Spender, WH Auden - and his final-year flatmate Louis MacNeice.

His poem about Guernica has largely remained hidden but 85 years later, it has chilling resonance with the war in Ukraine.

There in that unreal desolation

A handful of dim creatures

Are scratching for fragments of their slaughtered world.

Humbly they lived, where now this mock-sunset

Affronts and dulls the moon.

They worked and slept, none too busy, not over-anxious

To air their civic pride at large.

That blood-red and sinister glow

Which feverishly quickens the outer night

In a far more spectacular pall

Than they would have chosen to cover up their day.

Are easy embodiments of hatred

For daily sufferers, easy too the description

But what later uprush of indignation can outburn

The shining grape-clusters of aluminium

Which unthinking as the boyish hands that hurled

Have caused this dumb life after death,

Of a few not now nor again ever fittest?

A few pots, a sewing machine, some bedding piled

May still be of use to the undead, after-living,

But what will tell the visitor from another life,

Counting seconds till the next crash of fire-soaked masonry

How time itself was shattered by those frequencies,

Quarrying the public square at random?

He will see, and talk with some, seeing and hearing

Will dawn into the full sense of what has been done.

And then he will go, and then hotly

Pour it down the runnels to his outer world,

Where maybe an inkling will make headway.

Spokesmen will get up among the well-fed and comfortable

And tell those dead and the unliving survivors

What fires they lit to consume their own homes.

What mines they laid to blow themselves up.

What lies they told of an air-fleet which destroyed their world.

Guernica might have escaped international attention but for the first-hand accounts of Holme and three colleagues: George Steer of The Times, Noel Monks of the Express and Mathieu Corman of the Paris newspaper Ce Soir.

They were having dinner in a Bilbao hotel after an exhausting day. Around ten, a distraught Basque Government official told them a town some 15 miles away had been bombed and was still burning.

They could have stayed on for more drinks. Instead, they followed two classic reporting maxims: they made their excuses and left, then went to see what was happening for themselves.

Holme started with Reuters after leaving Oxford. His language skills saw him posted to Berlin for Reichstag Fire trials before covering the Italian invasion of Abyssinia.

He used his wages from Spain to buy a luxury Lagonda car. This came in handy for his next posting in Vienna. In 1938 the Nazis marched into Austria for the Anschluss and neither Holme nor his Jewish assistant Alfred Geiringer would have been safe.

Ingeniously, he avoided the direct route and drove the other way into Germany and then to Switzerland with Geiringer hiding in the boot.

Holme spent the war in Jerusalem as a public information officer. He went on to become the first assistant director of the BBC Third Programme, and a translator and producer of radio plays. And Geiringer provided the expertise that revived Reuters post-war financial information services.

Holme was a modest and self-effacing man. Unlike his three colleagues at the Bilbao hotel, he did not write a book but an anthology of his poems was published by friends after his death in 1991.