Spain shakes off a virus but not an old nightmare 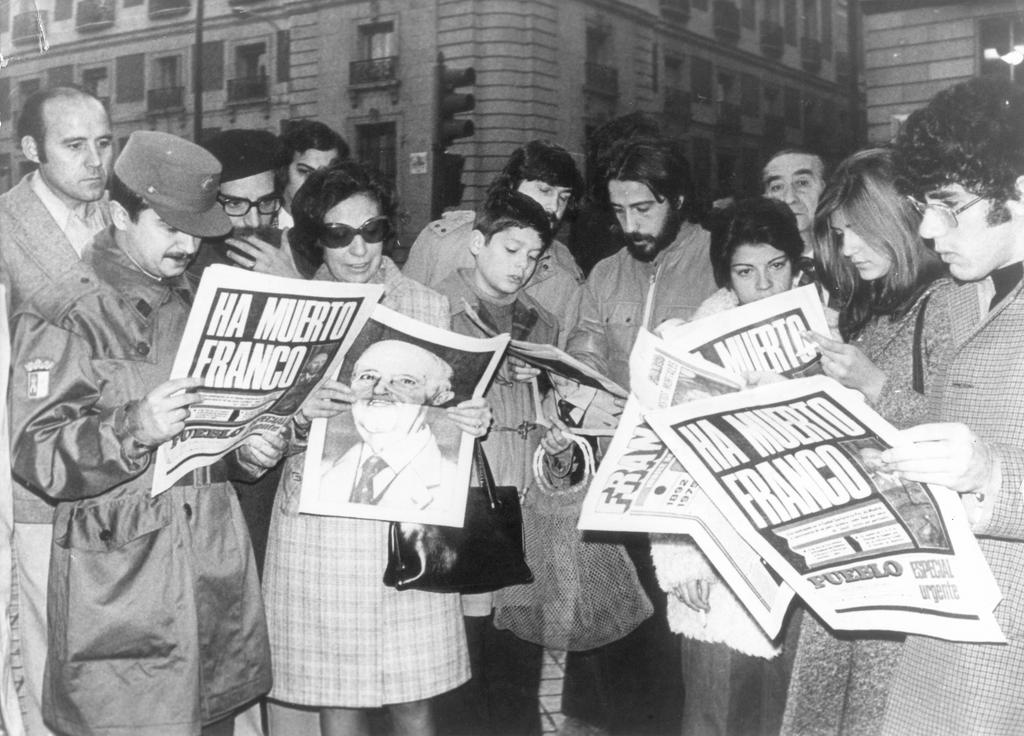 Spain, hit hard by coronavirus, is recovering faster from the pandemic than from its own traumatic past.

Prime Minister Luis Carrero Blanco was assassinated in 1973 by members of the Basque guerrilla organisation ETA who tunnelled under a street, planted a bomb and detonated it as his car passed, hurling it 20 metres into the air.

When I arrived in Madrid a year later the first graffiti I saw was “Arriba Franco mas alto que Carrero Blanco” (Up Franco higher than Carrero Blanco).  General Francisco Franco, the victor in the Spanish civil war, had been ruling the country as a dictator since 1939.

The assassination of the admiral, Franco’s heir apparent, led to repressive measures against the Basques who responded with general strikes and street demonstrations in the northern region, the centre of Spain’s iron industry.

A defrocked priest supplied foreign journalists in Madrid with news from the Basque country. He would phone saying “This is Gorka” and hang up - the signal for me to go to a bar near the office to collect the latest unofficial but usually reliable report on the situation in the troubled region.

The Reuter office was on Calle Ayala in an old rambling building which was the headquarters of the Spanish news agency EFE. The toilet was at the end of a long, dark, unheated corridor, prompting visitors to say that in winter you needed an overcoat and a passport to go to the loo.

Riot police swinging truncheons broke up anti-Franco street demonstrations. I found that by posing as a Japanese tourist smoking a cigar I could move around freely among the police and protesters. My friend Richard Mowrer of the Christian Science Monitor, an American who covered the civil war, liked to watch street clashes from the safety of a bus. He was the longest-serving foreign correspondent in Madrid and knew exactly which bus went where.

In Bilbao riot police were more vicious but as I ran with Basque protesters down dark narrow streets, doors opened to offer shelter and sometimes a glass of wine.

I was fortunate to have Tom Burns as a Reuter trainee. A thoughtful, friendly Oxford graduate, he was the grandson of the Spanish physician and intellectual Gregorio Marañon and quickly developed good contacts. EFE reporters gave him sensitive information that they themselves were not allowed to publish.

Tom’s father, who had the same name, was the British Embassy press attaché in Madrid during the Second World War. His brief was to make sure Spain stayed neutral. After the war he became publisher and editor of the British Roman Catholic newspaper The Tablet. I met him at Tom’s wedding at which I was a witness.

The beginning of the end of Franco’s rule came when five members of ETA and the Revolutionary Antifascist Patriotic Front (FRAP) were executed by firing squad in September 1975 after a much-publicised trial. Widely condemned in Europe, the executions were the last carried out in Spain.

General Franco, suffering from various ailments including Parkinson’s, fell into a coma on 30 October 1975. The long death watch began and the foreign press converged on Madrid, including war correspondents I had last met in Vietnam. I bought a medical dictionary from a bookshop on the Gran Via to make sense of the daily medical bulletins.

As Franco remained in hospital for a second week a story circulated that someone had given him a turtle on his 75th birthday. He returned the gift saying he did not want to become attached to a pet only to see it grow old and die.

Coup rumours were passed around like tapas in the crowded bars of Madrid.  Franco himself was involved in a failed coup which precipitated the civil war in 1936. Armed forces appointments were closely watched as well as troop movements in the important military regions of Valencia and Valladolid.

Franco died shortly after midnight on 20 November 1975 at the age of 82.  Europa Press, EFE's rival news agency, broke the news. It was confirmed to me by an ambassador whose Spanish wife was close to the Franco family.

As I typed furiously on a noisy tape perforator in the deserted Reuter office at 4 am I sensed somebody standing behind me. It was the British Embassy third secretary. “Is Franco dead?” he asked. He dashed off as soon as I said yes.

At sunrise Prime Minister Carlos Arias Navarro went on television to tell the nation that the Caudillo was dead. He was buried in the Valle de los Caidos (Valley of the Fallen), a monument to those who died in the civil war.

Underground political parties, seeing the end of the old order, sprang into action. Though still in hiding Felipe Gonzalez, a Seville lawyer and leader of the socialist PSOE party, accepted an invitation to speak to the Foreign Correspondents Association. I went to the meeting but found the door locked. A notice on the door of the building owned by the Information Ministry said the meeting was an illegal gathering.

A few weeks later I received a call from the Information Ministry official who had signed the notice. He asked if I could give him Gonzalez’s phone number. I suppose he wanted to make amends with the man who later became Spain’s prime minister. I did not give it to him, fearing it would end up with the secret police.

Santiago Carrillo, the Spanish Communist Party leader, slipped into Madrid after 38 years in exile and held a clandestine press conference. Getting there was tricky because he was wanted by the police. I was told to wait at a street corner where I was picked up by a car and left at another street from where a second car took me to Carrillo, successor to the legendary Dolores Ibarruri or La Pasionaria.

One of the first acts of King Juan Carlos was to visit Catalonia. I asked Pedro Diez, our one-armed office assistant, to book me into a hotel in Barcelona.  He had an angry argument with the hotel receptionist who insisted on speaking Catalan to a proud Castilian. It was a foretaste of the separatism that was to plague post-Franco Spain.

The long-rumoured coup finally happened in 1981 during the watch of my successor Tony Winning. About 200 armed Civil Guard officers led by a lieutenant-colonel burst into parliament and held everyone inside hostage. Shots were fired but no one was killed. The rebels surrendered the next morning after King Juan Carlos denounced the coup in a televised address.

Last autumn, despite protests from his family, Franco’s remains were exhumed from the Valley of the Fallen and reburied in a cemetery near Madrid. Prime Minister Pedro Sánchez said the exhumation was a step towards reconciliation. "Modern Spain is the product of forgiveness but it cannot be the product of forgetfulness," he said.

It struck me that Spain had buried Franco twice to try to move on from a civil war that ended 80 years ago.

Photo: Spain wakes up to news of Franco’s death. ■